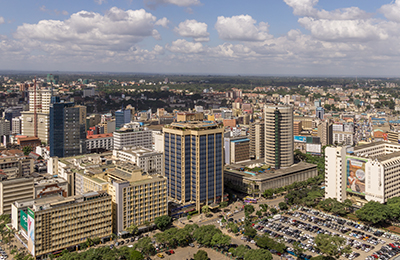 Since 2004, Kenya has significantly shown impressive progress in stabilizing its economy. For the past few years, the country has been consistently focused on increasing its engagement on high-value industries in business process outsourcing, basic contract enforcement, and education.

In June 10, 2008, H.E President Mwai Kibaki has officially launched Kenya Vision 2030 to revolutionize Kenya into a globally competitive and prosperous country. It was created through an all-inclusive participatory stakeholder consultative process involving Kenyans from all parts of the country.

Kenya, despite facing severe challenges in the areas of judicial and legal reform and corruption, still shows remarkable development compared to its neighboring countries in Africa. In a recent study conducted by Quantum Global, Kenya’s rate exceeds the average economic growth for sub-Saharan Africa for the past eight years. The study shows that this growth is driven by its strong domestic demands, public infrastructure investment, low oil price, and macroeconomic stability.  With its stable macroeconomic environment, Kenya poses a relatively high exchange rate, low-levels of liquidity, and low import cover. Its public investment and fiscal transfers to counties has also ensured a broad-based geographic growth.

Having a free enterprise economy with the largest gross domestic product (GDP) in East and Central Africa, Kenya is now considered as a promising and favorable business destination. Apart from its strong service industry, its capital, Nairobi also has the country’s largest telecommunication and commercial hub providing significant growth opportunities to investors from foreign countries.

Apart from Kenya’s growing and impressive economy, there are a lot of reasons that highlight the country as an ideal business hub. These include:

Kenya’s impressive technological and economic achievements are predicted to continuously attract investments from venture capitalists to some of the world’s multinational corporations in the coming years. Its continuous progress and stability has indeed transformed the country from a fragmented nation to an oasis of opportunities.